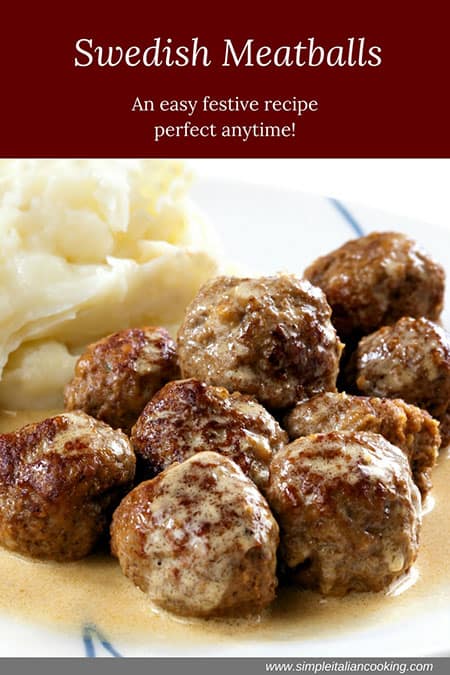 A Swedish meatballs recipe on an Italian website??  Well, yes, this recipe was so amazing and one that I would classify as a distant cousin to the Italian style meatball and I decided it deserved a place on my website.  They are still in the same family of meatballs, but a few different ingredients that make them just a bit different than the Italian version. 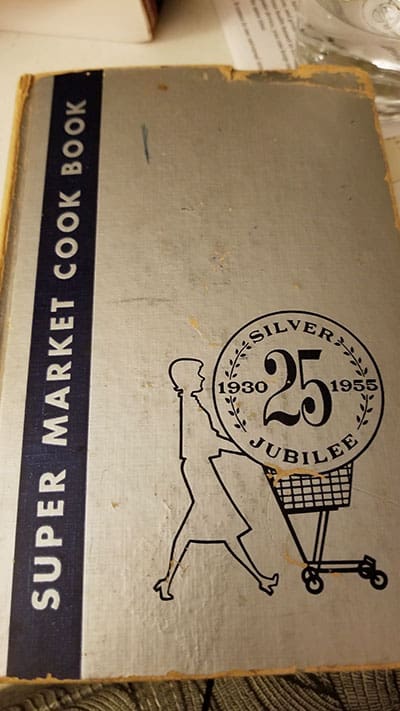 This recipe derives from a 1955 cookbook I found while cleaning out my in-laws house when they were moving.   I am fortunate that in their generosity I got this goldmine of a book.

So when my husband and I came up with the idea of making Swedish meatballs for the family for our Christmas eve dinner, and spending too much time online looking at recipes, we pulled out our trusted book and decided to use it.

I had no intention of adding the recipe to this site, but they were so amazingly incredible I had to share it right away.

In fact, there is footnote on this recipe that it is a recipe directly from Stockholm.  So I’m going to provide you the recipe however I’ve had to make some minor changes to quantities due to the original recipe using beef chunks to be run through a grinder at home.

Modifications to the Recipe

I’ve made no changes to the ingredients themselves, but a few things happened that required me to make the quantity adjustments.

How are Swedish Meatballs Different than Italian Meatballs?

The basic difference based on my experience boils down to two things: size and ingredients.

Swedish meatballs are about 1/2 the size of a regular meatball (Italians always have to go big don’t they?), but in Italian meatballs you have ingredients such as garlic, parsley or other Italian herbs, and Italian cheese (Romano is what I use).  Swedish meatballs use spices such as paprika and nutmeg. Some recipes use cinnamon, but not the recipe I used.    Don’t let those spices scare you, you can’t even really notice them.

Both use beef, (yes many Italians also use other meats such as veal and pork which I do not). Both also use breadcrumbs and egg.  Soaking breadcrumbs is great and helps keep the meatballs moist, something I’ve never done before.

You know it’s funny, my Italian meatball recipe is from my mother-in-law and only recently is she like, “oh yes, you want to soak the breadcrumbs”.  Perhaps the Swedes deal with the same thing, there is no “final recipe”, it’s a matter of using what you have on hand, and how much time you even have.

Actually, soaking the breadcrumbs is great b/c you don’t have to make your own toasted or dried out crumbs like I show here.

The sauce is different too.  Swedish meatballs use a sauce that is made of milk at the end and turns into a gravy-like sauce due to the flour added to the cooking meatballs.   Italians don’t do that.  They serve the meatballs with an Italian red sauce made separately.

Is This a Difficult Recipe?

Swedish meatballs are very easy to make and prepare.  This was my first time and I was really impressed with myself.  This recipe uses a cream sauce at the end that couldn’t be easier.  It’s basically a one pot recipe meaning everything is pretty much self-contained.

It’s super easy to make otherwise I wouldn’t include it at all.  If I can do it and it gets rave reviews in the house, I post it. 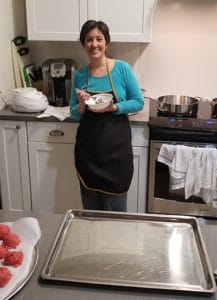 In fact our first batch I made fit about 22 meatballs (made them too big, so a little larger than the typical small ones), but my husband and I couldn’t stop eating them when they were all done.  We were left with 8.  Fortunately, I was going to make more than one batch for the family since there will be 18 people, mostly Italian.

You can see in the picture, I’m truly enjoying the meatballs!   If I look tired, it’s because I am!

Ultimately after my multiple batches, I ended up with 160 Swedish meatballs.  We froze some plain without sauce, but the rest we’ll be taking to the dinner.

Here’s the recipe.   I tried to include as many pics as I could so enjoy! 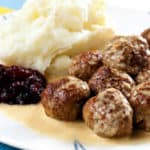 A recipe from Sweden modified for today's culinary culture. Keeping to the true flavor and techniques in the book, this is a recipe for anyone and good enough to be included on this site.

I made these two days in advance.   So what I’ll do is put them in a oven dish/pan and add the sauce I had along with a little water to cause a steaming effect when I cover and reheat probably at about 350F.

Otherwise, I’d serve the meatballs immediately with a nice salad on the side, some mashed potatoes, root vegetables or cranberries. 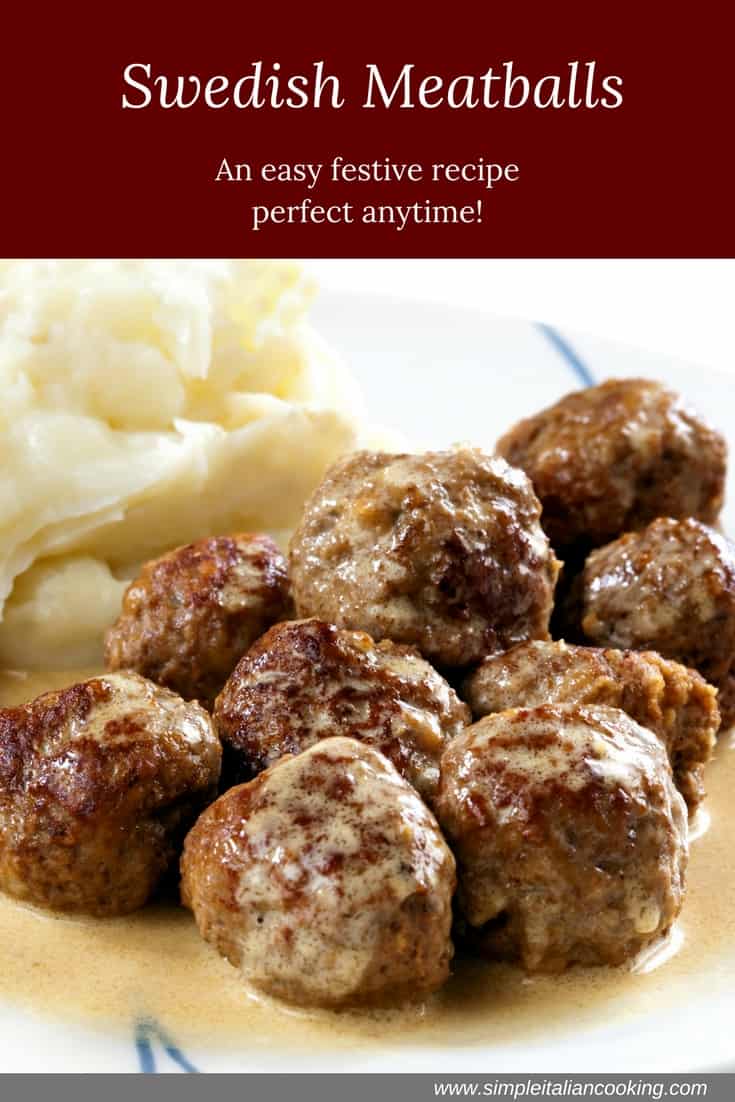 How to Make an Italian Antipasto Platter

How to Make Minestrone Soup

Ciao friend! I hope you are enjoying my Italian cooking tips and recipes! Want some more delivered to your inbox? Sign up Below! 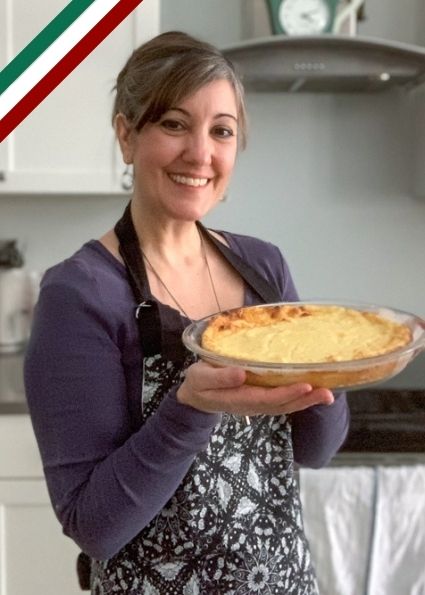 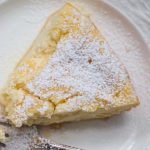 Recipe for How to Make Italian Lemon Ricotta Pie 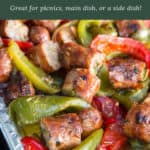 How to Cook Italian Sausage, Peppers and Onions Recipe 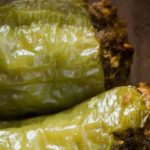 How to Make Italian Stuffed Cubanelle Peppers – an easy recipe 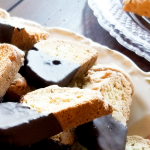